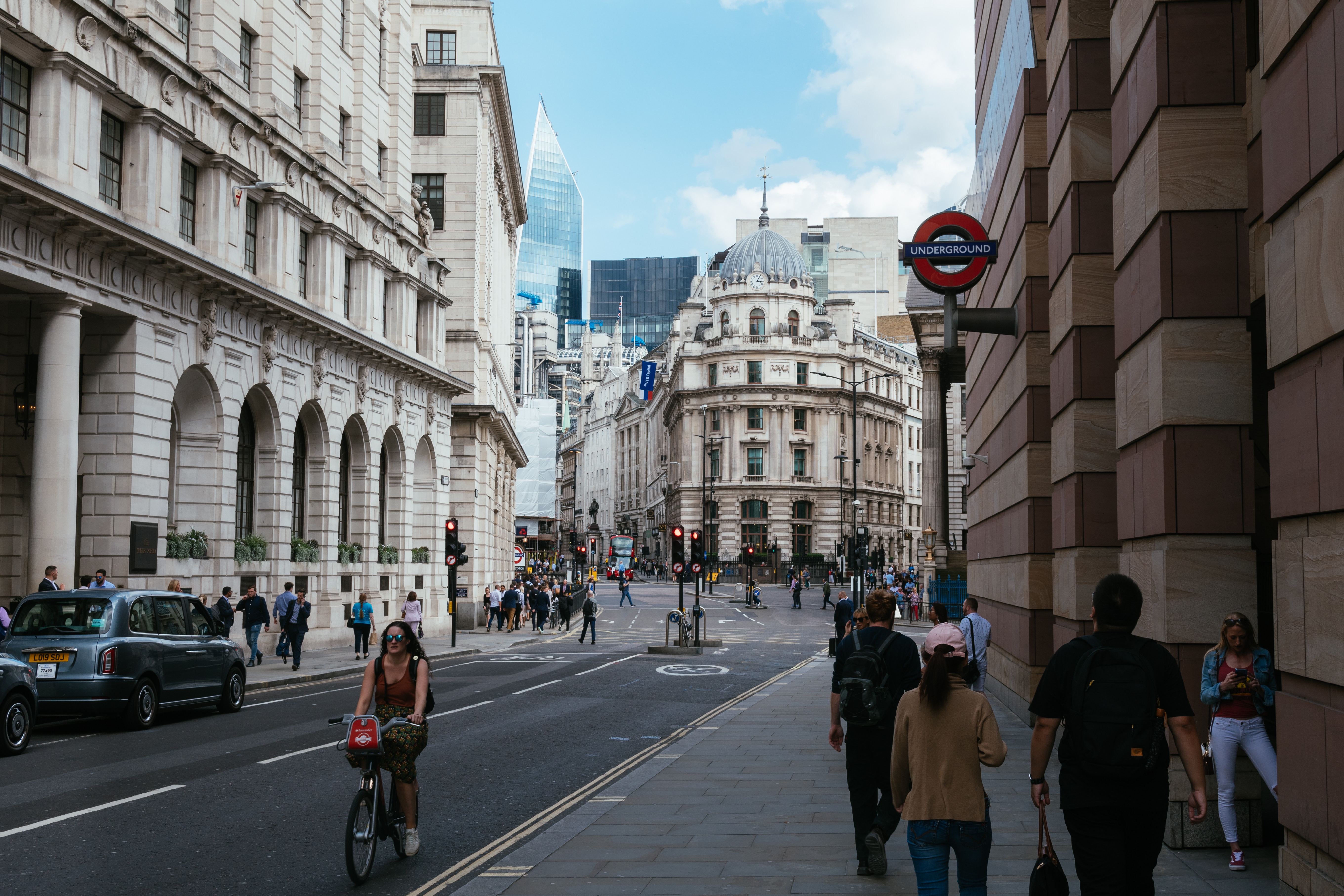 There are multiple factors that banks consider when calculating interest rates. Aside from your own personal financial situation, interest rates are affected by wider concerns – inflation, economic growth, and the housing market conditions all play a part.

The main reason behind the current low mortgage rates is the Bank of England’s decision to keep the base interest rate at 0.75%, and not increase it. 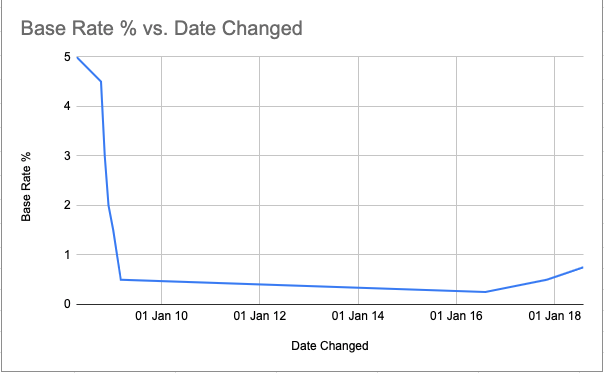 Following the financial crisis of 2008, the base rate nose-dived. This was an attempt by the government to encourage people to spend despite the challenging economic environment. Although the rate has increased since then, it’s nowhere near where it was before.

The continued low base rate used by the Bank of England is a response to the uncertainty caused by the current political situation. In uncertain times, people tend to hang onto their money – in order to grease the wheels and get people spending, the government keeps interest rates low.

Why Are Low Mortgage Rates Good?

It’s simple – low mortgage rates mean you pay less for your mortgage. Let’s look at an example to see how a lower interest rate impacts your mortgage repayments.

According to UK Finance, the average amount of mortgage taken out in the UK is £229,000. If you were to take advantage of the lowest 2 year fixed rate mortgage currently available at 1.44%, your monthly repayments would come to £909. The average interest rate for the same type of mortgage 5 year ago (in March) was 2.37% – meaning that you’d be paying £1,013 every month. The difference is over £100 every month – a substantial saving in the long run. 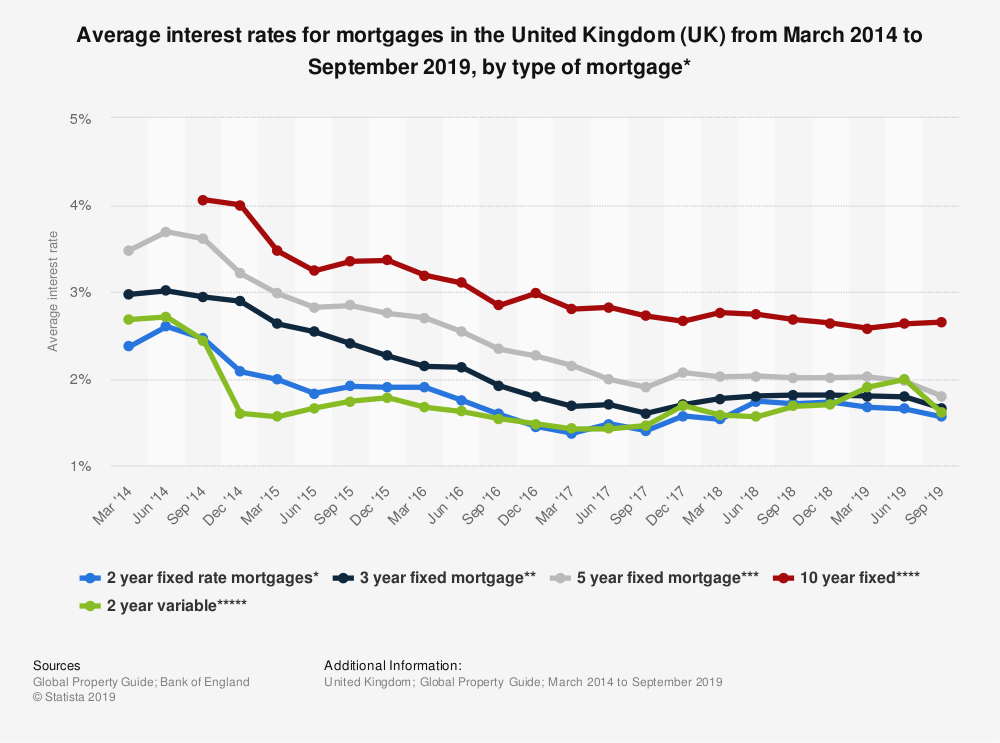 Lower mortgage rates aren’t all good news though. With lower rates, more people have access to mortgages which subsequently increases demand for housing. This increased demand then leads to increased prices. The below graph tracks average House Price Index – when compared to the average interest rates of the past 3 years, there’s clearly a negative correlation. 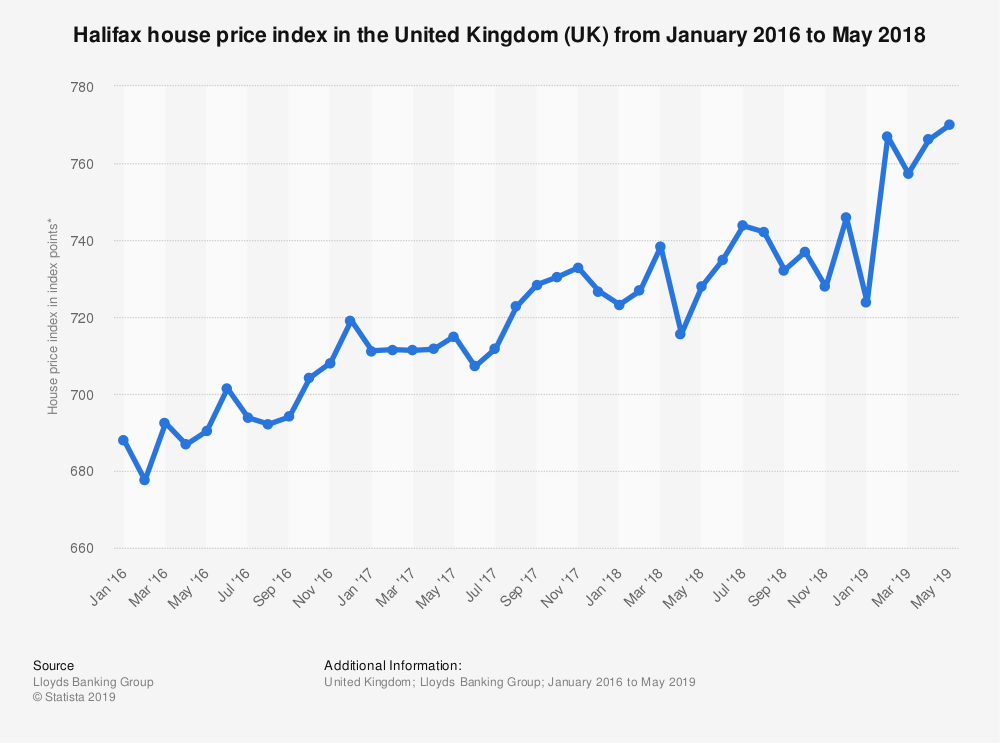 Another point to make is that during times of low base rates, banks are more inclined to charge fixed fees for services. This is because they’re making less money from mortgages, and need to up their income from other streams. Whilst a bank may reel you in with attractive interest rates, always check to see what their fees are.

Mortgage rates are at an all-time low, which is great news if you’re currently looking to move house. The lower rates will most probably mean that your monthly repayments will be lower, but bear in mind that they may also be pushing up the value of property artificially and that banks may charge you higher set fees to increase their revenue during fertile time for buyers.

At IMC, our expert financial advisors can help you to manage and grow your finances. Whether you need advice on pension planning, investments, mortgages, or life insurance, get in contact with us and see how we can help.