Writing your will - all the legal terminology explained 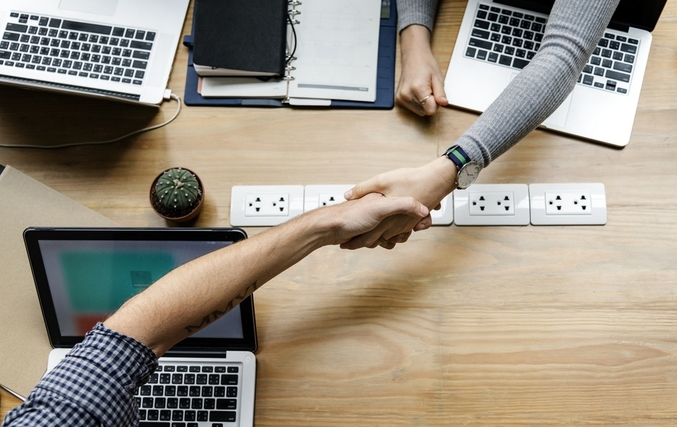 When attempting to understand legal documents, the pages can appear littered with unfamiliar legal jargon. And you can be easily intimidated by the information they contain purely because you do not know what a few phrases mean.

A key part of the battle to get to grips with new legal content is translating any specialist terms into words and concepts that you are familiar with and understand. This then enables you to breakdown the content on the page into accessible and consumable information. This week, we have outlined all of the jargon that comes with wills and testaments.

Modern will terminology in alphabetical order

Once you get to grips with these, writing your will, will not seem as complicated as it did at first. You can use this blog post as a glossary to refer to as you navigate any of the paperwork relating to your will and testament.

Annuity
A fixed sum of money paid to someone each year.

Appoint
Determine or decide on.

Appurtenance
Anything attached to a piece of land or building such that it becomes a part of that property, and is passed on to a new owner when the property is sold. For example a garage, air conditioning unit, or something abstract such as an easement or right of way.

Beneficiary
A person who is left anything in the will in question.

Bequeath
To leave to a person by the will.

Bequest
The action of ‘bequeathing’ something.

Chattels
Possessions other than freehold land.

Civil Partners
A civil partnership is a legally recognised relationship between two people of the same sex. It is only valid once it is registered. As of 2005, registered civil partners have the same legal rights as a spouse should their partner die intestate.

Clause
A section, phrase, paragraph, or segment of the will that relates to a particular point. A will is usually broken into several numbered components so that specific sections can be easily located.

Codicil
A codicil can add to, subtract from, revoke or modify the terms of the original will. A written supplement to the will, usually defining additional bequests or making small changes. (This must be dated, signed and witnessed under the same legal rules applicable to the making of the original will, and must make some reference to the will it amends.)

Commissary
A person who is delegated to perform a responsibility or duty.

Common-law spouse
Unless an instruction leaving anything to an unmarried partner is specifically stated in the will, it will not necessarily automatically pass to them, as it would for a married couple. It is essential that unmarried couples make wills if they wish to ensure that the other receives the benefit of their estate upon death.

Copyhold
A form of English land tenure. (Rules of tenure define how property rights to land are to be allocated within societies.)

Curtilage
A court or area of land attached to and including a dwelling-house. (Also see definition for meussage.)

Deed
This means “an evidence” and can refer to any legal instrument in writing which passes, affirms or confirms an interest, right, or property. It is signed, attested, delivered, and in some jurisdictions, sealed.

Devise
The act of leaving property in the will.

Devisee
A person to whom property is left in the will.

Distrain
To force a person or compel them to satisfy an obligation by means of distress. For example, to seize goods for debt.

Distress
Any property that is seized or distrained.

Dower
A common law that entitled a widow to a portion of her husband’s estate even in the absence of a will. The provision of a dower allows the wife to provide for herself and any children born from the marriage.

Edifice
Building of imposing appearance, for example, one with a high structure.

Estate
The sum of a person’s assets (including legal rights, interest and entitlements to property of any kind) less any liabilities or debt, at any point in time alive or dead.

Estoppel
A legal rule of evidence that precludes a person from asserting a fact or a right or prevents one from denying a fact.

Execution
The technical term for making a will legally binding by signing it.

Executor or Executrix
The role of the Executor (male) or Executrix (female) is to administer the deceased’s estate, abbreviated to ‘exõrs’. (Note this is different to the Trustee, see definition below.)

Fee Simple
Fee refers to ‘ownership’, while fee simple refers to absolute ownership of land. The law recognises fee simple ownership as the highest form of ownership in real estate. If an owner of a fee simple dies intestate, the land will go to any living heirs.

Fee Tail
If an owner of a fee tail dies intestate, their land is inheritable by and transferable to only lineal descendants of the original owner.

Foregift
A premium paid for a lease by a tenant.

Freehold
If you own the freehold, it means that you own the building and the land upon which it stands.

Guardian
A legal guardian is a person who has the legal authority to care for the personal and property interests of a minor, who may be referred to as their ‘ward’.

Heir or heiress
A person who inherits or has a right of inheritance in the property of another following the latter’s death.

Hereditament
Any item of property that can be inherited. Either corporeal (land or building) or incorporeal (for example, rent).

Hereinafter
A formal term that is used to refer to matters provided in the following part of a document.

Hereinbefore
A formal term that is used to refer to matters provided in the previous part of a document.

Hereinabove
A formal term that is used to refer to the matters included in the previous point of a document.

Imprimis
Used to introduce a list of items or considerations, this word means ‘in the first place’.

Indenture
A legal contract that reflects or covers a debt or purchase obligation.

Intestate
If you die without a will, it means you have died “intestate.” When this happens, the intestacy laws of the state where you reside will determine how your property is distributed upon your death.

A gift of personal property or money to a beneficiary of the will.

Lessee
Another word for a ‘tenant’. A lessee is a person who rents land or property from a ‘lessor’.

Life interest
A form of right, usually under a trust, that lasts only for the lifetime of the person benefiting from that right.

Messuage
A dwelling house with outbuildings and land assigned to its use. (Also see definition for curtilage.)

Minor
A person under 18.

Moiety
Each of two parts into which a thing is or can be divided.

Next of kin
A person’s closest living blood relative.

Nuncupative
A will that has been spoken (delivered orally).

Pecuniary bequest
A gift of a fixed sum of money.

Primogeniture
The rule of inheritance whereby land descends to the oldest son.

Probate
The probate process is supervised by a court and determines the validity of the will.

Residuary estate
A term used in probate law to identify the portion of an individual’s estate that remains after all specific gifts and bequests have been made and all claims of the estate are satisfied.

Revoke
To officially cancel. A will can be voluntarily revoked by: destroying it, writing another will or codicil (making a declaration in writing of an intention to revoke it)

Stirpes
A term used to describe the distribution when a beneficiary dies before the person whose estate is being divided. It is Latin for ‘by roots’. An estate of a decedent is distributed per stirpes if each branch of the family is to receive an equal share of an estate.

Successor trustee
The person who assumes control of the trust upon the death of the initial trustee or in the event that they become unable to continue with his or her responsibilities.

Temporal estate
Also referred to as ‘wordly estate’, this is property or possessions that a person has during their lifetime.

Tenants in common
Two or more people who own a property together. Each has a distinct share and can pass it to someone on their death.

Tenement
Any type of permanent property including land, houses, and other buildings as well as the rights attaching to the property such as the right to collect rent.

Testament
A legal document by which a person (the testator or testatrix) expresses their wishes as to what will happen to their assets when they die. The full name for a will is ‘Last Will and Testament’ however will and testament mean the same thing.

Testator or Testatrix
Any male or female person who makes a will.

Testamentary trust
A testamentary trust is a trust that arises upon the death of the testator, and which is specified in his or her will. (See definition of trust below.)

Trust
A legal arrangement that allows assets such as property to be looked after on behalf of the beneficiaries in your Will. Assets are looked after by a third party, known as the ‘Trustee’, to avoid anything passing to someone you don’t want to inherit. The main difference between a will and a trust is that whereas a will goes into effect only after you die, a trust takes effect as soon as it is created.

Trustee
Occasionally Trustees are appointed as well as Executors for example if a beneficiary is under the age of eighteen. The Trustees are there to manage any ongoing Trusts which arise from the will. It is common for the same person to be appointed as both Trustee and Executor. (See definition of Executor above.)

Vested
Conferred or bestowed. When a right is vested, the person is legally entitled to what has been left to them in the will. They may seek relief in court if the benefit is not given.

Viz
Written when you want to give more detail or be more exact about something.

Writing your will may be something you avoid doing but we write wills for very important reasons. Our guide to errors people make when they tackle their will alone is a helpful intro.

To hammer home the point that will writing needs to be done properly, read our blog post about how to ensure that your will is valid. Or come and see us in our London offices for a face-to-face conversation with our friendly team of professional experts.