Is it worth investing in shares anymore? 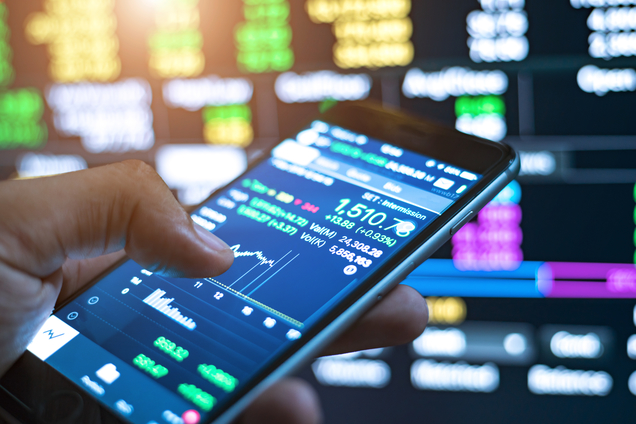 Alongside cash, bonds and property, shares are one of the four main investing types. In recent years their popularity is declining, especially among younger people. With many asking themselves whether it’s better to pay off the mortgage or invest in shares, the idea that it isn’t worth investing in shares anymore is certainly growing.

However, it doesn’t have to be an either/or decision. If you’re questioning whether paying off your mortgage or investing in shares would be better, this article by the IMC team will hopefully put your mind at ease. Investing in shares is still worth it, and it can be done without being too much of a financial risk.

How investing in shares works

Most people will be familiar with the concept of shares, but not everyone is entirely aware of how investing in them actually works. To put it simply, you buy shares in a company, hold onto them for a period of time and sell them when they’re (hopefully) profitable.

Of course, nothing is rarely that simple, and just keeping hold of shares doesn’t explain how they actually make money. When you buy your shares, there are two primary ways through which they generate a profit:

Whether you manage to sell your shares at a profit, or invest in a company that will pay you a dividend, the idea is always to invest when a company is low to encourage high profitability in the future. Unfortunately, it’s not always that easy and, as with any investment, putting your money into shares does come with a risk.

The risks of investing in shares

The prices of shares and constantly fluctuating. The prices increase if a company is perceived to be doing well financially, and will decrease if the opposite is happening. While shares do tend to provide better returns than investments into other assets, they do carry a substantial level of risk. Always be aware that if a company’s profit falls, the value of your shares and, by extension, the money you have invested will fall too. In a worst-case scenario, if a company you have invested in gets into serious difficulties, you could lose all of the money that you invested.

Minimising the risks of your investment

Don’t worry, it’s not all doom and gloom. Investing in shares is still worth it even with the risks, and there are a number of straightforward ways that you can help to minimise the risks present when investing in a company’s shares.

Shares in small businesses are often called ‘penny shares’ or ‘penny stocks’ – a term you’ll no doubt be familiar with, and wary of if you’ve ever seen The Wolf of Wall Street. The companies that offer these shares are too small and not profitable enough to be listed on the London Stock Exchange, meaning that you’ll have to buy and sell them on alternative investment markets.

The risk of investing in penny shares is increased due to two major factors:

This higher risk can, however, come with a much higher reward. Just look at the people who invested in the likes of Apple and Microsoft right at the beginning. Just remember, these extremely high profits are far from guaranteed.

Investing in shares is particularly risky if you don’t have a diverse portfolio. When making investments you should keep in mind the old adage about not putting all of your eggs in one basket.

Decide on an investment budget and spread it out by buying shares in multiple companies. While you are likely to lose some money, the overall profitability of your invested capital will almost certainly be higher than if you crossed your fingers and invested everything into one company.

When making any investment, it’s absolutely vital that you monitor them. You need to make sure you’re aware of how they’re doing (without too much fretting and micromanaging) while doing a major evaluation of them every 12 months.

When evaluating your shares, you should be willing to sell some and move your capital around to other companies to really help you to maximise your profits. Even seasoned investors can find it difficult to really understand how best to evaluate their assets, so it’s always best to work with an independent financial advisor to get the most out of your shares.